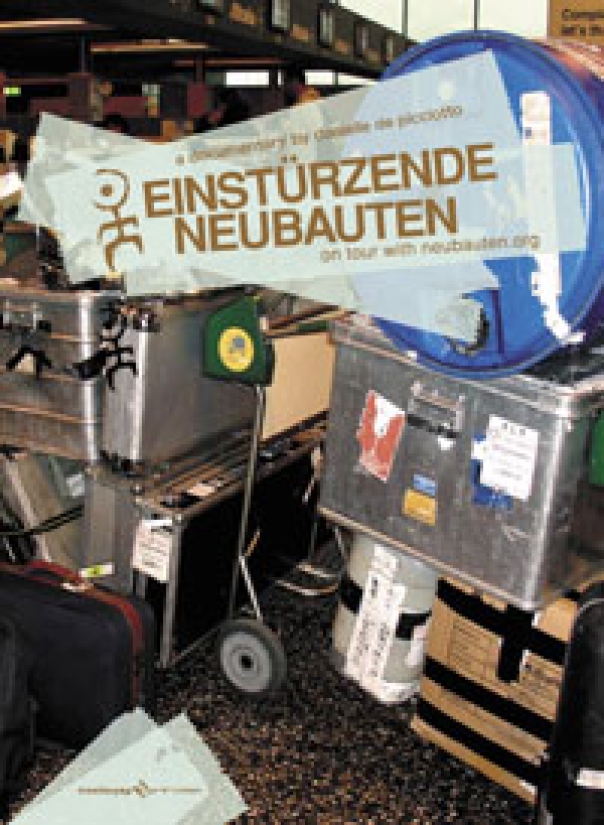 In october last year I was contacted by Danielle de Picciotto, an american artist who resides in Berlin. She was putting final touch on a documentary dvd called 'On tour with neubauten.org'. She knew that I had done the 'Traumfestival' and asked me to do a six minutes bonusfeature for the DVD.
I edited my favourite parts of 'Traumfestival' (funny enough they all feature N.U. Unruh and nobody else) to a six minutes feature titled 'Die Intonatore'. The title was the name of the noise machines made by futurist Luigi Russolo, the creator of the legendary 'Art of Noise' manifesto.

'On tour with neubauten.org' will be available for Neubauten supporters from mid-february via neubauten.org, and will reach the shops mid-march.

Yet another year has gone behind us, how time flies!

I have no new years resolutions this year, as I never get around to do anything about them anyway.
2005 saw me reorganizing both my studio and my musical apporoach. I have bought some new instruments, and I've got rid of even more. And I plan to get rid of more, as I rarely use my rack units anymore. Software synths has become so efficient, that I hardly ever turn my hardware on.

Sadly 2005 also brought the passing of four people I knew and cared about. Some very close, and some a bit further away. One of them, a father of a friend and a very skilled artist, provided me with some sounds for my forthcoming album, as he kindly allowed me to record him working at his foundry.

At the turn of this year, I quietly pay respect to those we left behind. May they find peace where they are now.