I've just recieved an e-mail about the long awaited
'Lost in Static 19' project. It should be released just about now!
Read more here

The first few reactions on 'Odyssey' has started comming in.
Here's but a few:
'It's very pro!' - Jonas Strand
'It's worth the money.' - Svend Aage Petersen
'I haven't had time to listen to it' - Troels Bech

And so it's over. I'm filled with a strange mixture of both
satisfaction and sadness. It is nice that 'Odyssey' has been
released, but I don't feel I finished it....
Anyway, I'm hard at work on my next album 'Constructions'
which should be relesed somewhere in 2002 or 2003.
There will be a feature on 'Odyssey' at ANR radio 94,5 Mhz,
but I do not know the actual details at this moment.

In a time where everything has to be as fast as possible, as easy obtainable as possible and as violent as possible, I found myself wanting tranquility. While everybody else is zapping their evenings away with sope operas, wheels of fortune, talk shows and wether forecasts I'm having great pleasure from the beauty of tranquility. Quiet moments can be produced from very restless things. For instance I enjoy lying on top of tall buildings looking at the traffic lights changing from red to yellow, and then from yellow to green, then reversing the event and starting all over again. Watching the pulse. Cars stops, waits, then drives away. again and again. These are quiet moments. I also like watching quiet films. A couple of weeks ago I saw a 30 minute long film about three men planting a Wunderbaum. Nothing happened, there were only one camera, one angle and no clips. Some would claim this to be very boring. But I was very fascinated. Fascinated about the way they made a small thing last so long. It allowed you to think about it while it happened. Not much allows you to do that these days. Have you ever tried counting how many clips you'll see in just one minute in an ordinary film?
One of the only quiet commercial films I've ever seen, was Stanlet Kubric's '2001'. This music is my tribute to the quiet universe created by Arthur C. Clarke and Stanley Kubric.
On this album I played everything by hand. I never switched my sequencer on. I played following instruments, in order of quantity: Quasimidi Raven, E-mu Emax, WurliTzer student, Ibanez electric guitar and Fairlight CMI.

The great day finally arrived!!!
In a few hours time, 'Odyssey' will be presented at a
reception here in the 'Blue Sky Café'.
I have put a very short edit in mp3 format on the music
page. Bye....

Paul from CD-Com came by just five minutes ago with the
'Odyssey' CD's.
Now there's only the wait for saturday and the big release!!!
I'm feeling like a child just hours before cristmas.

Only 10 days to go now...
The cover for 'Odyssey' has been printed, and now only the actual CD has to arrive before everthing is set for next weekend.
As I wrote last time, no pictures were taken at the millennia performance. However, this picture was taken by Allan within hours of the show.
Hope you enjoy it :) 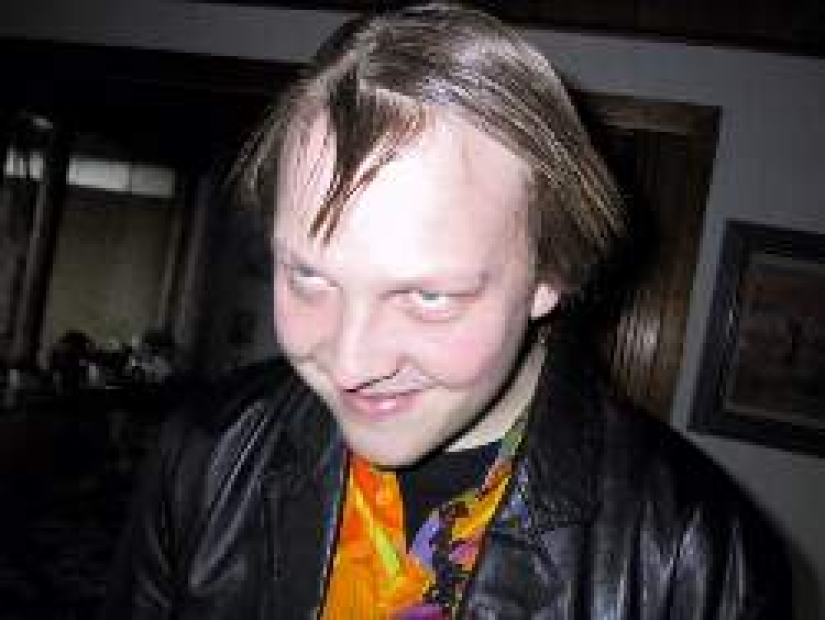 And speaking of that show, I have decided that 'Millennia Mushroom' should NOT be released.

Cold and foggy this morning...
The HAMMERSHOLM concert went ahead new years eve, and turned out to be a success! It started at 1:30 am with a little bit of 'Odyssey chapter four', then it continued with the dance/techno act. For this night only Allan and I called ourselves Dj Højhat (me) and Mc Narhat (Allan).
Unfortunately no recordings nor pictures were made.
I expected the concert to be the highlight of the evening, but I won't hesitate calling this new years eve the best night in my entire life so far.
Everything turned out perfectly, and I gained so much from the people around me. I have allready written two new songs to reflect what happened this night!
A thank you from the bottom of my heart to Allan and Erik for
inviting me to this GREAT party!!!