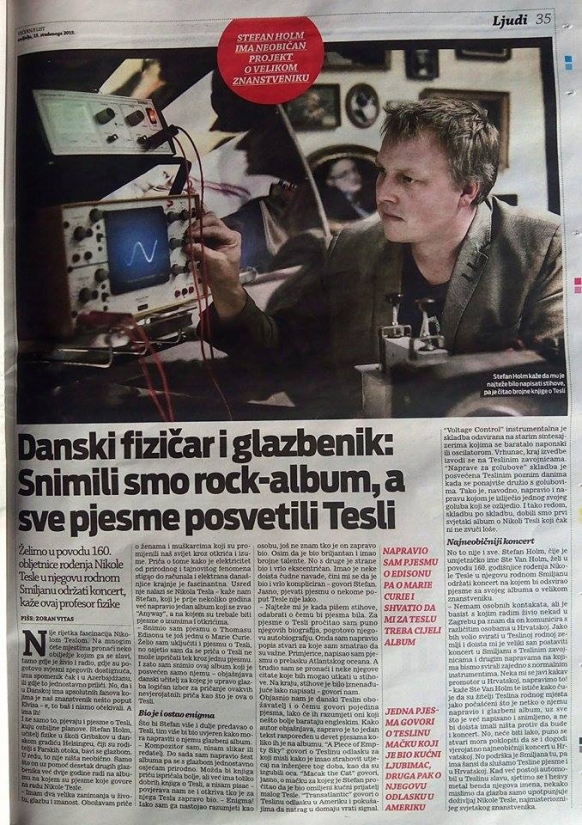 'Tesla' has been out for two weeks now, and I'm very happy with the feedback I've got.
The reviews are mixed to positive, which is more than I expected. There's not a lot of call for conceptual progressive music these days.

For me, one review stands out. Sunday nov. 15th croatian newspaper Vecernji List dedicated the whole of page 35 to my album.
I'm very honored, allthough I don't understand it since it's in croatian.

Thank you Croatia! I hope I'll see you soon! 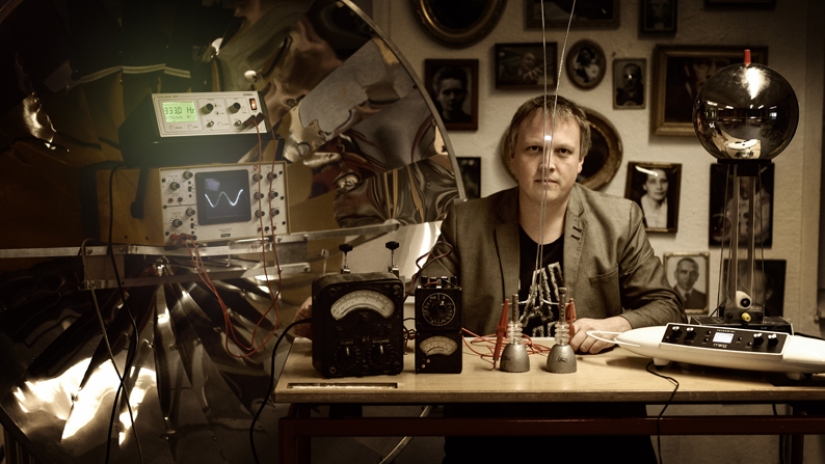 In less than two weeks, my 6th album 'Tesla' will be released. Here's a few words about the tracks:

St. Elmo's Fire
St. Elmo's Fire is an electrical atmospheric phenomena closely related to thunderstorms. For centuries it has been regarded as harbingers by sailers, and I thought it would be nice to have a short instrumental piece that omen the album.

Electrical Storm
According to the legend, on the night Nikola Tesla was born, the Lika province was tormented by a severe thunderstorm. I don't know if it's true, but it is certainly a good story. The songs I have heard about child births have all been beautiful and lullaby-ish. Now, I have witnessed both thunderstorms and a births, and neither of them have been particularly calm. Hence this, for my standard, rather violent song.

Macak the cat
During my reserch I stumbled upon a letter Tesla had written describing his childhood and his affection for the family's cat. He writes in details about how the cat sparked his interest for electricity.
Ten years ago I bought a Chapman Stick, but apart from using it on my Constructions album, it has mainly been collecting dust. Then Jesper the bass player and I went to see Tony Levin perform live. We were standing very close to the stage, and I could see what Mr. Levin's fingers were doing. The next morning I wrote this little piece on the Stick.

Transatlantic
This is probably the most accesible track on the album. It is a pop rock song that could easily have been included on my previous album, Harvest, had it been written at that time. It is about Tesla's departure from Europe and his later attempts to send signals back across the ocean. The guitar solo is played by Emil, who was guitar tech at my Harvest premiere concert.

Voltage Control
This instrumental piece is in fact a word play. One of the ways to operate old analogue synthesizers, was to use control voltage or CV. You also had voltage controlled oscillators or VCOs. I thought these concepts worked fine on an album about Tesla.
There's a lot of synthesizer on this track. Even the guitar solo is a synth.
The closing melody was played on a Tesla Coil.

Synesthesia
Nikola Tesla had a way of visualizing things. In his memoirs there are some quite precise descriptions of the visions he had just before he fell asleep and those he had while being awake. At the end of the song there's a sample of New York artist Carol Steen explaining the phenomenon. I found the clip on youtube and wrote her an email to ask permission to use it. She was very kind, and mailed me a description of what she saw when she heard the track.

Contraptions for pigeons
There's this really bizarre story, that Tesla in his autumn years became emotional with doves. Especially one, white dove. When this dove had an injury, Tesla had some kind of contraption made to help it recover. This story fascinated me, and I wondered if this brilliant mind of his were only brilliant as long as he had the mental power to control it.

Oscillations
Back in the seventies it was fairly common for bands to write what is referred to today as a 'one side epic'. A lenghty composition taking up a whole side of an Lp. There are many examples such as Pink Floyd's Echoes, Genesis' Supper's Ready and more or less everything by Mike Oldfield. They died out during the eighties, but I've always loved them and I've always wanted to do one myself. Oscillations is my one side epic, and it consist of many different themes making up a whole.
Lyrically it a bit of a mess, jump cutting between the war on currents and Tesla's later reserch at Colorado Springs and Wardenclyffe.

A piece of empty sky
This was the first song to be written for the Tesla album. It is a poetic song about Teslas final moments and what he left behind. The middle part is mellotronic ambience symbolizing the void he left. Laurie Anderson has described the death of her father, as a library burning down. I felt the same when my grandfather died, and I imagine that Tesla had that impact on engineers. 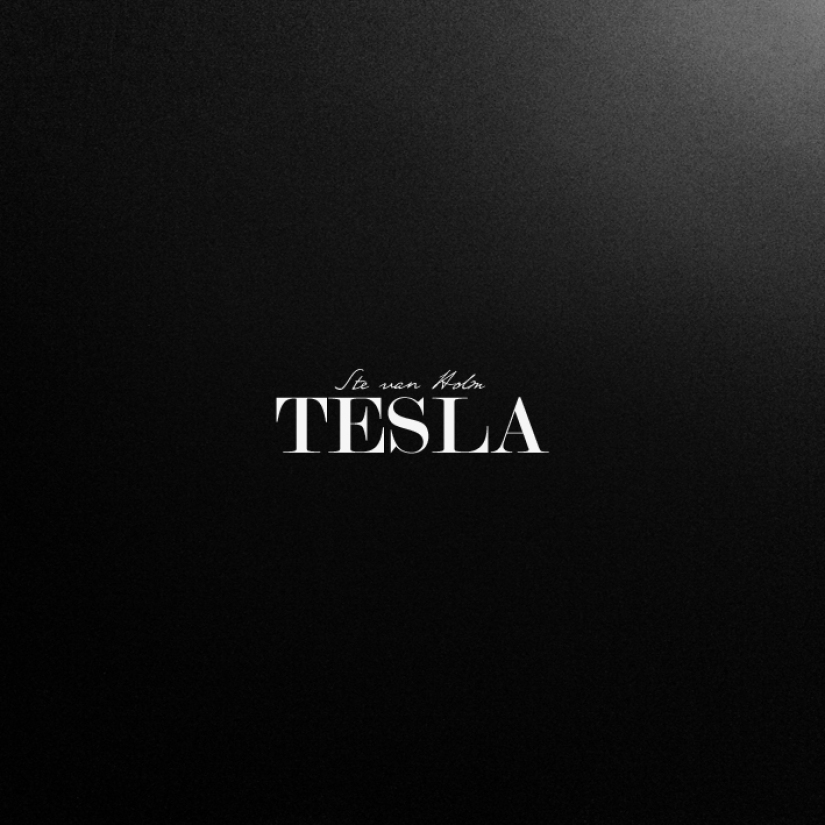 I'm very pleased to announce that my sixth album, 'Tesla' is set for release on november 6th!
'Tesla' is a concept album, a sonic biography telling the story of Nikola Tesla from birth to death.

Apr 24 2015 7:08 PM
The SubKick microphone
About a year ago I posted some pictures of Minella and Tanja doing vocals and Jesper playing bass in my studio. But after that I must admit I turned quiet.
I am working on a new album, and my initial plan was, that it would be due for release this may. However, it has taken longer than I thought it would, and I am nowhere near completion. 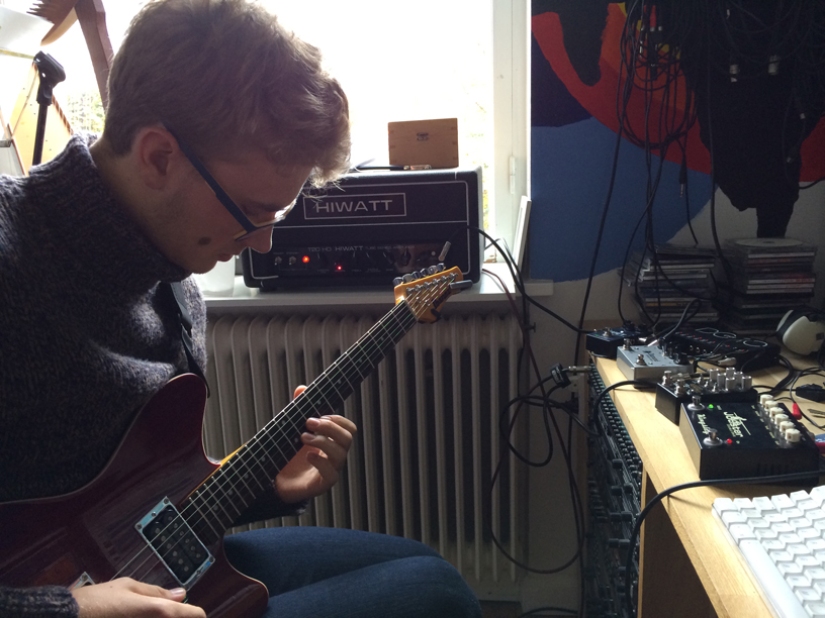 Emil doing a solo back in october.

The sessions are far apart I'm afraid. The last one was in january where Anders did some vocals for one of the songs. The one before that was in october where Emil did some guitar solos. I'm not rushing it, as you might have guessed.

All the writing of the new album is done, but I have kept myself busy doing other things.
One of the things I've done was the construction of a subkick microphone for drummer David Jeppesen. As sound engineer one of the harder things is to capture the round, fat, bassy sound of the kick drum. This has something to do with wavelenght of the kick and the physical size of the microphone membrane. By increasing the size of the membrane, the recording becomes easier. For the larger membrane I used a 8 1/2" subwoofer speaker and mounted it in a 10" tam drum. To suit Davids liking, it was given an orange coating by some friends at Skiltecenter #1 in Elsinore. 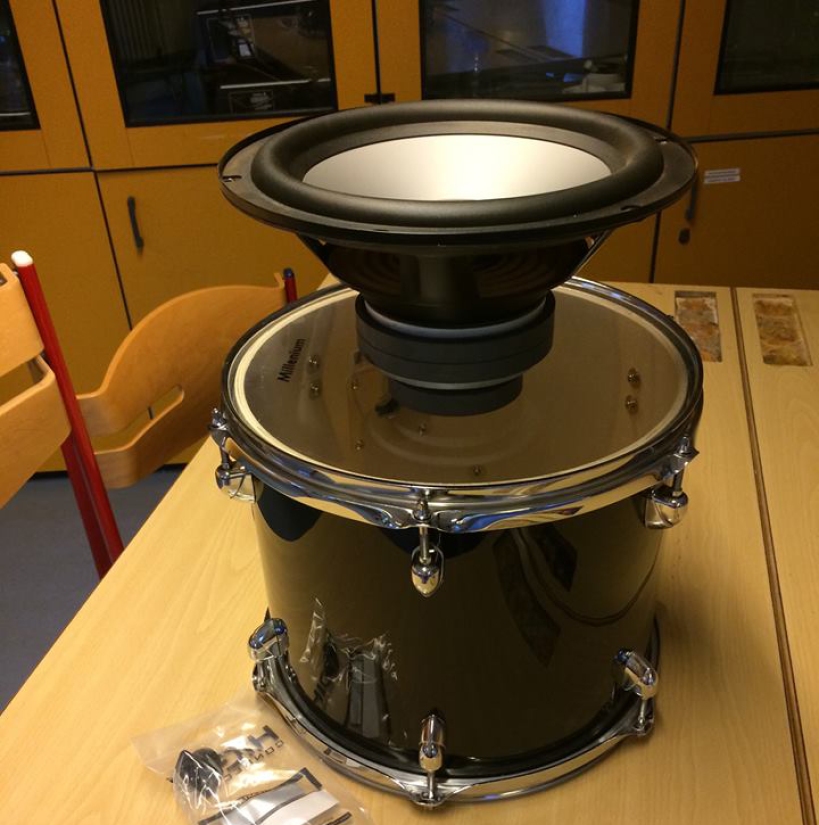 The microphone now resides in David's basement, and we'll definitely use it when we're going to record the drums for the new album. 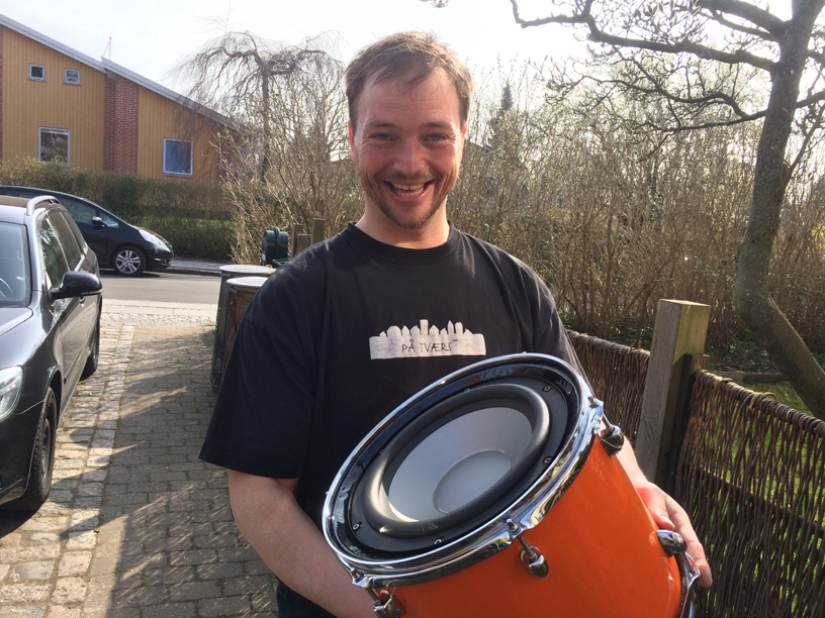 David with the finished subkick microphone.

After a couple of months absence, my first three albums ('Odyssey', 'Tabula Rasa' and 'Constructions') are once again available on digital platforms.
Same versions as before, but now with digital booklets... and a few Odyssey outtakes...

The mantra of progressive rock seems to be "If in doubt, use more Mellotron", a statement which fits my forthcoming album well. All my albums, with the exception of 'Harvest', have contained mellotronic sounds, but none of them as prominent as the new one.

Eventhough I had a lot of visitors in the studio in 2014, I'm only getting to the really fun part now, as the final recordings will commence. For me it is magical when the 'real' musicians add their part, replacing the sequencer tracks and the music finally reveals its true self.

I'm aiming for a may release, but nothing is set in stone.

So, what is it? It is an hour long concept piece in eight parts. The longest part lasting over twenty minutes... Urk!