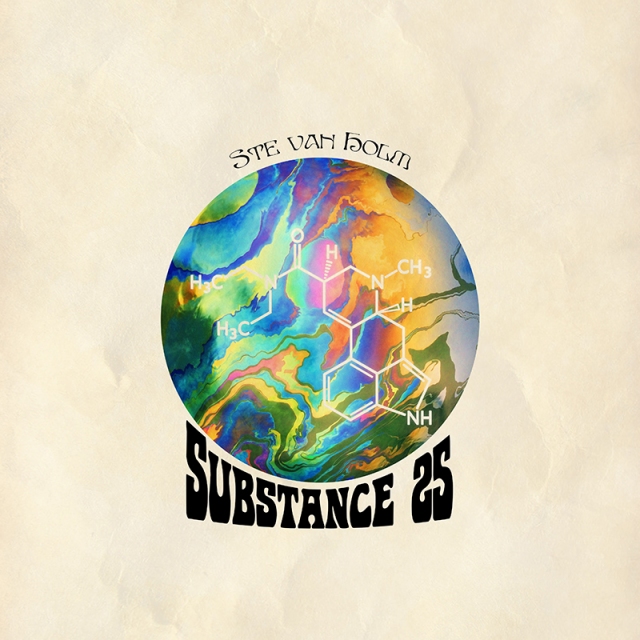 Disclaimer: Neither I nor MusicVenture endorses the use of LSD as an intoxicant drug, and we have no opinion on LSD's possible medical uses. The song 'Substance 25' and its music video is neither for nor against LSD, but relate exclusively to two historical events.

There is an urban legend in the world of synthesizers that Don Buchla, the inventor of the first modular synthesizer system, had dipped one of the synthesizer's panels in LSD, so one could get more inspired while turning knobs. I had known about this legend for years when I stumbled upon a news article about an engineer called Eliot Curtis, who was asked to repair an old Buchla synthesizer that had been locked away in storage for ages in the vaults of California State University in San Fransisco. While cleaning the old electronic circuits, he suddenly felt a strange tingling and a pleasant dizziness, and it turned out that he had just confirmed the urban legend about the trippy panel.
I thought it was such a strange story, that I immediately wrote a song inspired by it. I drew on a lot of nostalgia from 1967 and used references to early Pink Floyd, The Beatles, Hendrix and Morton Subotnick.
While I worked on the song, a question came up: What is LSD at all? So I googled it and found an equally fantastic story. This time about the Swiss chemist Albert Hofmann, who was the first to synthesize LSD - and the first to try it. Hofmann suspected that the 25th variation of the synthesized substance might be a very potent drug for treatment of mental disorders. On April 19th 1943, Albert Hofmann ingested a dose of Lysergic acid diethylamide-25, after which he rode his bike home. During the bike ride, he experienced the world's first acid trip.
I was stunned. Now I had two stories to tell about the same subject. My solution was to have the song be about the Buchla synthesizer, and then create a music video about Albert Hofmann's bicycle ride.

Recorded live by Jens Søbæk at Hundested Kino and later overdubbed in the studio.