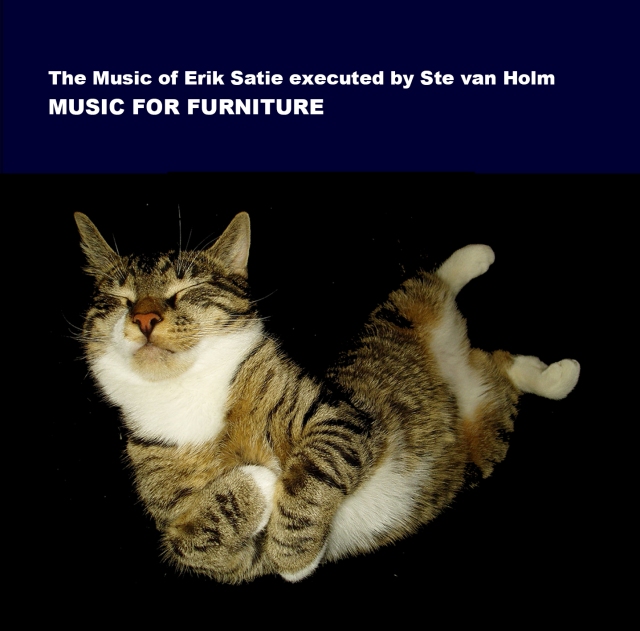 This is not an album!
If anything, this is a mixtape.
Not a mixtape like the ones created for background soundscapes at dinner parties, nor a mixtape like the ones created for long car drives. Nor is it a mixtape like the ones created to introduce somebody to the music you have in your collection. It is closer related to the mixtapes you find in the hiphop environment.
However, where the hip-hoppers sample without permission, I recreate. Also without permission by the way.
I prefer to call it an installation. An installation where the experiment is the key element, and where the controlled process of record producing is set free. So, even though this may look like it, it is not an album. It is an experiment. Or rather the result of an experiment. And it should be regarded as such.
One of the major interests for me is manipulation of sound, and the texture of sound. This is even more important for me than melody. Manipulation of sound can be done in numerous ways, often divided into two categories: 1) changing sound by altering the sound source, and 2) weirding things up by running them through stacks of equipment, eg. a sampler. In my now ten years of music production I have mainly done the latter.
However, I have always been fascinated by the strange beautiful sounds a piano is able to create when treated a bit different. This phenomena was named 'prepared piano' in the 50’ies by avantgarde composer John Cage. There are however examples of piano preparations dating further back. One of the earliest suggestions was made by french composer Erik Satie.
Erik Satie's piano works holds a rare minimalistic beauty, saturated by melancholy and fin de siècle feeling. I've always wanted to be able to compose like Satie. So far all my attempts have proved that I simply can't.
This experiment is made entirely from piano sounds. Some of them are natural, and some of them are processed by a computer. There are no additional sounds such as synthesizers, strings or anything else. Even though it may sound like there is. Also, it contains interpretations of my favourite compositions by Erik Satie, and a few of my own compositions (which are not my favourites).