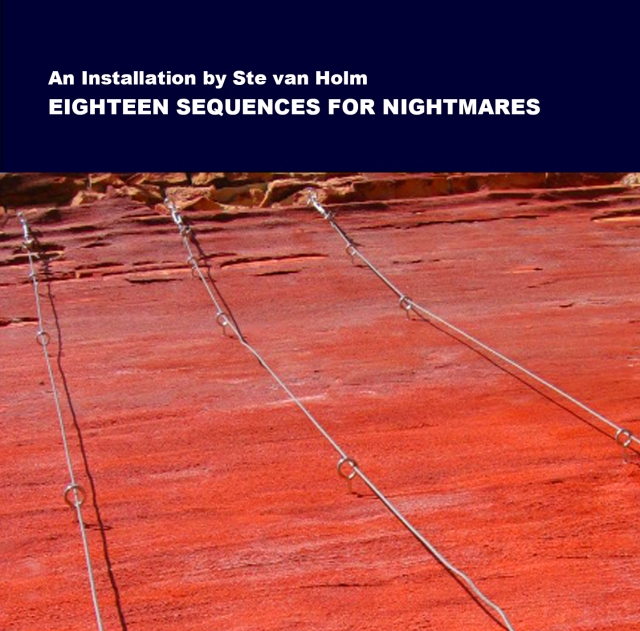 'Eighteen Sequences for Nightmares' is a sound Installation created with the intention to
a) loosen up a writers block,
b) get rid of some of the samples I never use and
c) explore soundscapes for future albums.

I set up a few simple rules before I began working on it:
a) I was only allowed one session for each sequence
b) When the session was over, the sequence was completed.
c) No future additions or repairwork was allowed.
d) I had to create one new sequence every day for 18 days.
e) When the 18 days were over, the album was completed.

This is the result of those sessions which took place during the second half of december 2005.